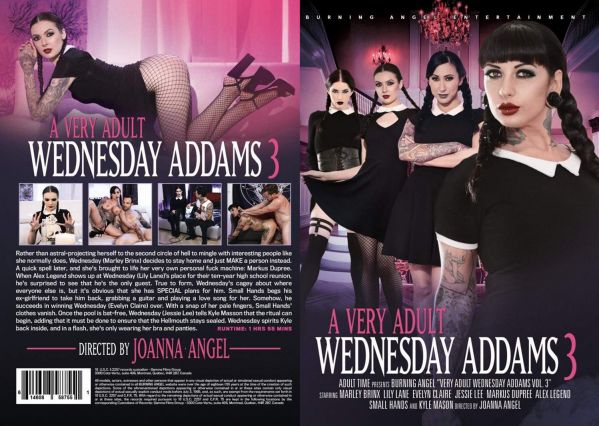 Rather than astral-projecting herself to the second circle of hell to mingle with interesting people like she normally does, Wednesday (Marley Brinx) decides to stay home and just MAKE a person instead. A quick spell later, and she’s brought to life her very own personal fuck machine: Markus Dupree. When Alex Legend shows up at Wednesday (Lily Lane)’s place for their ten-year high school reunion, he’s surprised to see that he’s the only guest. True to form, Wednesday’s cagey about where everyone else is, but it’s obvious that she has SPECIAL plans for him. Small Hands begs his ex-girlfriend to take him back, grabbing a guitar and playing a love song for her. Somehow, he succeeds in winning Wednesday (Evelyn Claire) over. With a snap of her pale fingers, Small Hands’ clothes vanish. Once the pool is bat-free, Wednesday (Jessie Lee) tells Kyle Masson that the ritual can begin, adding that it must be done to ensure that the Hellmouth stays sealed. Wednesday spirits Kyle back inside, and in a flash, she’s only wearing her bra and panties 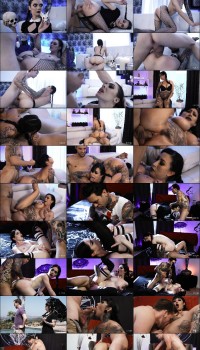