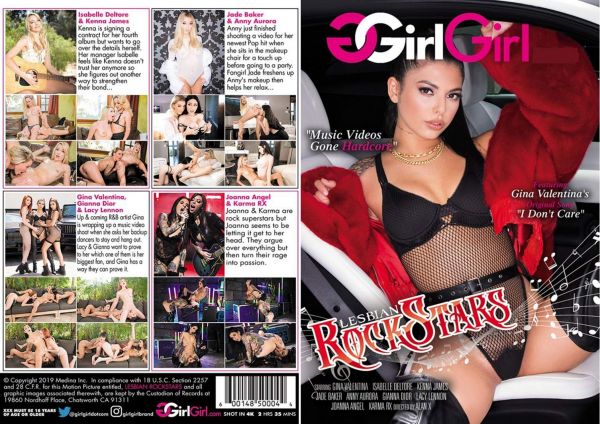 Kenna James is signing a contract for her fourth album but wants to go over the details herself. Her manager Isabelle feels like Kenna doesn’t trust her anymore so she figures out another way to strengthen their bond…
Anny Aurora just finished shooting a video for her newest Pop hit when she sits in the makeup chair for a touch up before going to a party. Fangirl Jade freshens up Anny’s makeup then helps her relax…
Joanna and Karma are rock superstars but Joanna seems to be letting it get to her head. They argue over everything but then turn their rage into passion.
Up and coming R&B artist Gina is wrapping up a music video shoot when she asks her backup dancers to stay and hang out. Lacy and Gianna want to prove to her which one of them is her biggest fan, and Gina has a way they can prove it 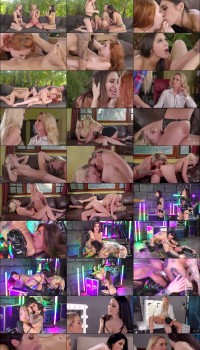