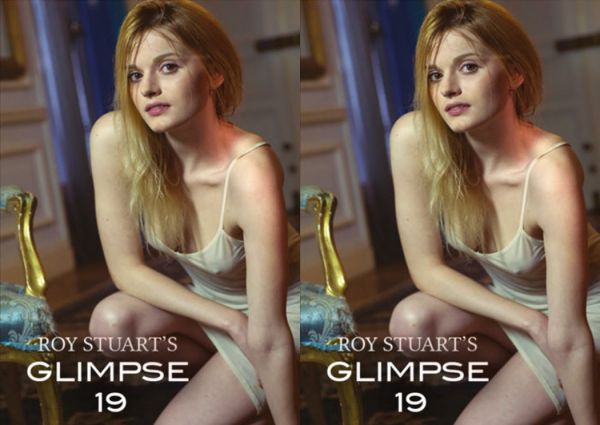 A work incredibly exciting! A Glimpse of rare intensity, exhilarating and intoxicating. The authentic orgasms of the main young model are a special feature.

The Glimpse films will soon count as many numbers as our century. But the number 19 is really a special delicacy, made by a Roy Stuart at the top of his art. At the heart of this new Glimpse is a long torrid scene in which we witness the slow seduction of a magnificent young woman, never photographed or filmed naked before, and who is slowly drawn to unsimulated sex. Novice maybe, but not: no vice! In another scene presented as the « Festival of Jouissance”, a contest of feminine masturbation, both festive and enjoyable, illustrates the liberating power and the originality of an event that we would like to review each year. In conclusion, a masterful work of authenticity neither erotic nor pornographic: an unclassifiable masterpiece that explores the Third Way opened by Roy, and for which it would be necessary to create a new word! This young woman definitely attracts the light and the look. There’s no question about it – our eyes become fixed upon her as the light, which falls on her almost magnetically. In striking contrast to her modesty, her loss of control melds into this third way, which transcends eroticism and pornography. Osciallating between restraint and abandon, she falls irrefutably under the spell of her deepest desires. Because of censorship and the difficulty to capture on film these deepest yearnings, we rarely see the fulfilment of these feminine demands. Thus, sexual intimacy remains a domain which needs to be further explored in cinema. (Chereau tried it in his film “Intimacy”, but was quite restricted having to produce under a PG rating. 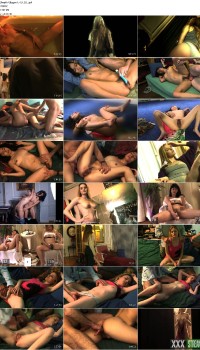