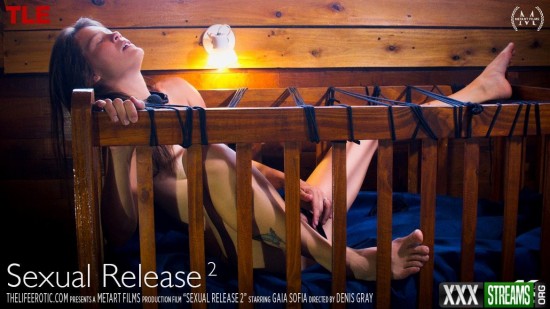 Description: Sexy brunette submissive Gaia Sofia is bound, gagged, and crammed into a tiny cage fashioned from a wooden crib and bondage cords. She is on her knees, head bowed and ass thrust in the air, naked except for black thong panties. Turned on by her kinky predicament, she squirms against the mattress.

Her cute tits quiver and she grabs her ass cheeks. Then she parts the ropes and sits up, churning the toy even harder until she orgasms, head thrown back as she sighs in release. 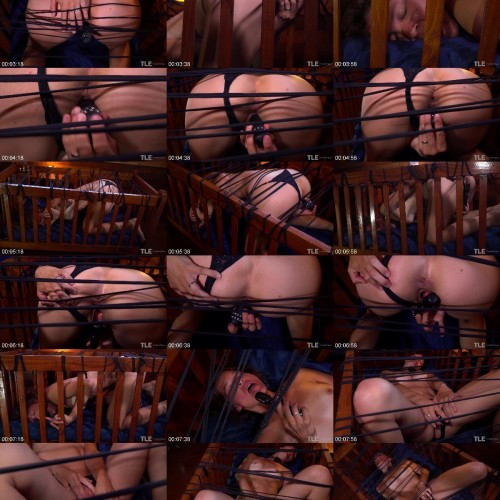